Welcome to Hargreaves and Stocks. We specialise in all aspects of commercial decorating across the UK and have an extensive and established client portfolio including Nandos, Holiday Inn and many more!

Welcome to Hargreaves and Stocks. We specialise in all aspects of commercial decorating across the UK and have an extensive and established client portfolio including Nandos, Holiday Inn and many more!

Working with JBE Interiors Doncaster over the last 3 years we have completed nearly 20 Nandos restaurants.

Full decoration to nearly 100 rooms, corridors and lobby areas. Each phase has to be worked to a definitive deadline as it is still a working hotel.

Currently working at Grove Park Doncaster on our largest project on nearly 100 homes.

A full redecoration package in 2014 was put together working in conjunction with Doncaster Racecourse and their design team.

An impressive project working on a listed building adhering to stringent specifications.

An 8 week project working with Harris CM to complete a high-end finish.

H&S was formed early 2015, initially, we had a workforce of 5 including us 2 but over the years this has now risen to around 10 with apprentices used with Doncaster college over the last 2 years. Initially we were doing a lot of private work (front rooms/kitchens) with the odd small commercial job but now 4 years later with hard work and great connections we are more than comfortable taking on large commercial work which represents 80% of our business as seen on the website, our business has been on built on a reputation for delivering high standards, on time schedules and product knowledge, the last 3 years has seen the company work nationwide with works from as far as Jersey South and Dundee North.

What our clients say

“Hargreaves & Stocks have continually worked for 7formation from before I joined the company in January 2019. In the time I have been here, they have always provided competitive tender returns, concise and on time and most often been able to secure our decorating packages on numerous types of our work streams. When on site H&S continually provide a polite and professional service, always reaching our programme deadlines which in some cases have been a tall order to achieve. The quality of the work has always been top notch with any snagging rectified in a timely manner. The management of the company have always been approachable and able to work with us to achieve our handover deadlines, often putting themselves out if required to” 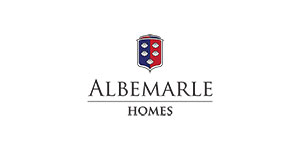 “Excellent workmanship from start to finish, would not hesitate in booking them in for further works in the future. Great work!”